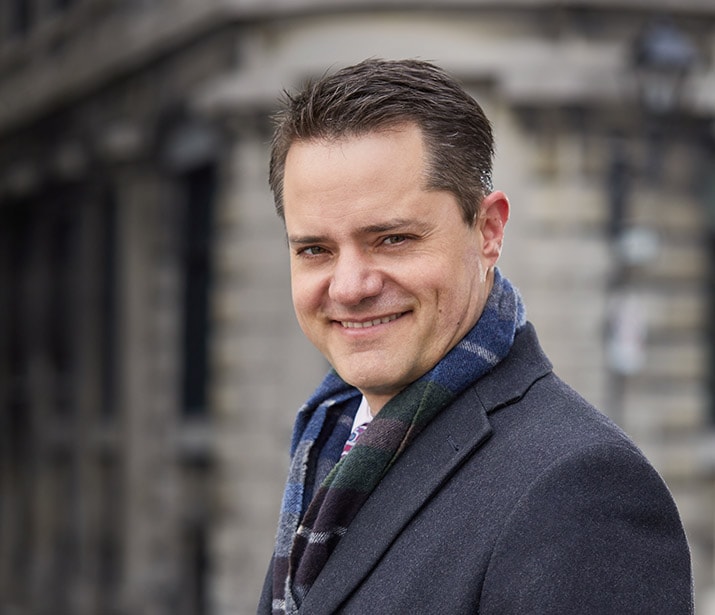 It’s one thing to have expert level knowledge in tax law. It’s quite another to be able to explain it clearly. The trick, says Travis Chalmers, is to show empathy. “I always try to put myself in the listener’s shoes,” he says. “Tax law so complex and there are so many nuances, but when I communicate with somebody about the tax consequences of a transaction, I always ask myself what is it that they really need to know.”

He’s also a recovering scientist who loves solving puzzles. After spending enough time studying in labs as a biochemist, Travis sought a new challenge and decided to pursue a law degree. He signed up for a tax course and knew right away he was hooked. “The Income Tax Act is written like software,” he says. “I was just drawn to its logic.”

Today, he advises on all areas of income tax, including tax planning for growing businesses and their families. Colleagues say he has an intuitive sense of what the Income Tax Act is trying to accomplish in terms spotting traps in the legislation.

His experience covers a wide range of industries, from biotechnology, pharmaceutical, and medical devices to financial services and private equity, as well as manufacturing, entertainment, and natural resources.

When he’s not at work, Travis is either with his family hiking in the Eastern Townships, skiing, feeding his daughter’s curious mind, gaming online, or practicing karate. Regardless of where he is, his trusted dog isn’t far.

Born in Calgary and raised in Montreal, Travis first had his eyes set on science and completed an Honours B.Sc. in biochemistry, before attending McGill University to study law. Now a member of the Law Society of Ontario and the Quebec Bar (as a Canadian legal advisor), he articled at a leading Montreal tax litigation firm, where he stayed on as a lawyer advising on tax dispute resolution and planning relating to large multinationals, cross-border transactions, SR&ED tax credits, and transfer pricing. In 2014, he took up a director’s position at the business advisory firm Richter, before moving to PSB Boisjoli. Now, as Senior Legal Counsel at Simplex Legal, Travis brings his broad experience in tax advice to help clients navigate a quickly evolving business environment.

Travis would love to hear from you