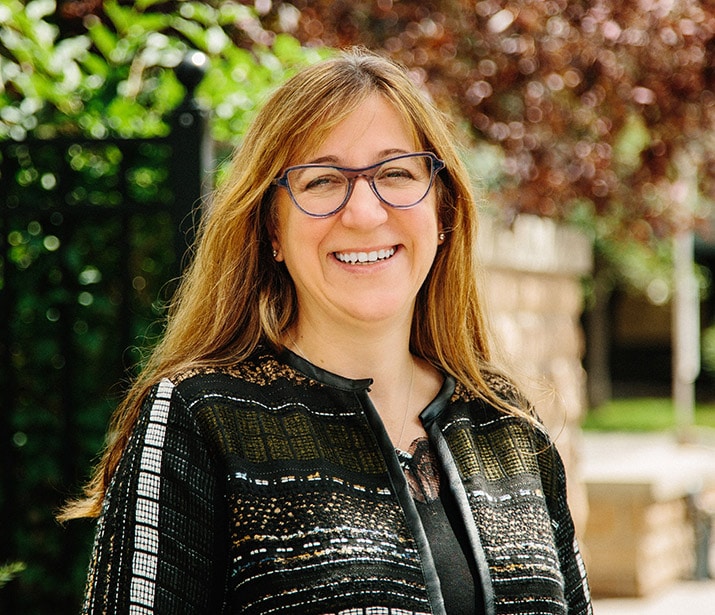 Martine Boucher is one of the principals of Simplex and is originally from a small town not far from Montreal. She received her bachelor degree in 1995 from the Faculty of Law of the University of Montréal and passed the bar in 1997. She subsequently obtained her Common Law equivalency and passed the Alberta bar in 2012. She has extensive experience both with a national law firm and in-house with the likes of General Electric and CBC. She is fully bilingual and has concentrations in Natural Resources, Financing, Aircraft, Construction and Transportation.

Martine went into practice after graduation with McCarthy Tétrault, a major Canadian law firm. Here she specialized in finance, project finance and banking. She represented different clients in the negotiation and implementation of various types of credit facilities and the taking of security both nationally and internationally. Martine was seconded during this time to companies such as Société Générale and General Electric.
After seven successful years there, Martine decided to explore an opportunity away from a large law firm and take a position as inside counsel.

After a year in this role, Martine wanted to move closer to the field and took a move to Calgary to directly support the Western Canadian region for GE. She fell in love with the west and especially enjoyed the direct involvement with the opportunities and challenges business owners face.
She left GE in 2009 and has since completed her common law equivalency and has been accepted to the Alberta Bar. She is fully bilingual in French and English is able to practice in Civil as well as Common law. Her experience has touched on most industry groups in Canada but she has concentration on Natural Resources, Financing, Aircraft, Construction and Transportation.
Martine performs legal services directly for clients of Simplex as well as taking on a quality control and mentoring role for the other associates.

What's in it for clients to work with a boutique firm like Simplex?

At the risk of stating the obvious, being a boutique, we’re obviously not a “full service” firm”. But the services we do provide – quality in-house counsel support – we take pride in doing it well and at a great price. Our clients end up getting great value for their money, working with talented and happy lawyers. And because that’s all we do, our clients can really feel that they are truly our lawyers’ only priority.

How is your life different now that you are practicing with Simplex?

What a great question. I’m one of the founders of the firm. And as such, it was built as the foundation for my own vision on how I wanted life to be: challenging (always be learning and discovering), focussed (the only way to be really good at something) and flexible (to allow me to nurture different interests). And we did it! It’s sometimes more challenging than I dreamed of, but I wouldn’t want it any other way!

Martine would love to hear from you