A mechanical engineer by training, Louis Dubé doesn’t mind getting his hands dirty. “I love mechanical stuff. I’m a handyman,” he says, adding that it is a skill that helps him understand the realities of modern patent drafting and litigation. “I can visit a plant or factory and instantly understand what makes the technology so important for the client.”
When he transferred his focus to law after his engineering studies, Louis concentrated his practice on intellectual property (IP)- “my first love,” he calls it. “But my practice is much broader now,” he says. “I’ve really evolved into a technology transfer expert.” Throughout his career, whether working for a firm or as in-house counsel, Louis developed and polished his expertise in mergers & acquisitions (M&A), joint ventures, technology transactions, commercial and international law and strategic development.

As Chief Commercial Officer and General Counsel of Rio Tinto’s Technology and Innovation group, Louis was instrumental in developing an IP protection policy, as well as the commercial strategy for the mining company’s technology portfolio.

Before that, as Vice President at Bombardier, he oversaw all IP litigation and led IP management for all business units of the group.

Beyond his understanding of the realities of modern patent drafting and litigation, Louis’ strengths lie in his communication and team building skills and his collaborative approach to building strategic partnerships in a technological environment. “I’ve worked with fantastic teams over the years. I have learned a lot from them and I think they have learned a lot from me as well. It’s why communication is so important. We need to find a way to best explain our recommendations and the thought process behind them to achieve an understanding and a strong collaboration within our teams and with our clients.”

Louis began his practice as a patent agent after graduating from the University of Ottawa before joining Bombardier Inc., a leading world manufacturer of planes, trains and snowmobiles, where he rose to become Vice President of Intellectual Property. There he headed IP management for all business units of the group with a team of patent lawyers, attorneys and paralegals. He later went into private practice at Norton Rose, where he advised on M&A and technology transfer transactions. In 2005, he joined the Canadian aluminium manufacturer Alcan – now Rio Tinto and later became the mining giant’s Chief Commercial Officer and General Counsel for the Technology and Innovation group. Louis decided to return to private practice in 2015. Now as Senior Legal Counsel and Regional Leader at Simplex Legal, Louis brings his vast understanding of IP and technology, as well as his in-house legal expertise to benefit the firm’s clients. 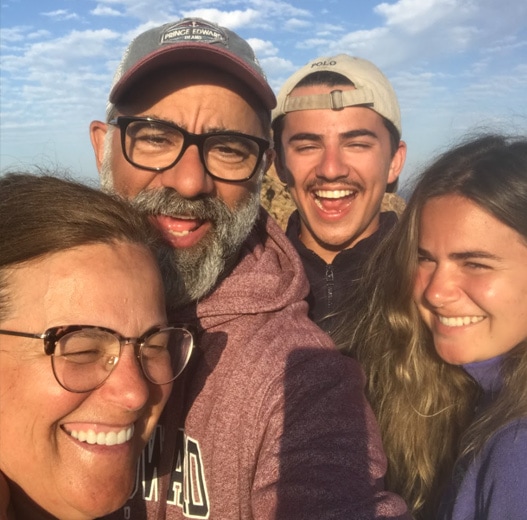 What do you especially enjoy about practicing as in-house counsel?

I find working as in-house counsel to be very intellectually stimulating and fulfilling. There is definitely a thrill and a sense of community to being part of a management team, to be able to contribute to the growth and success of the corporation.

How do you think the Simplex model allows you to make a difference for clients?

The Simplex business model is, simply put, a small revolution in the law firm world, in that it provides corporations with an ecosystem of legal services that aims to provide a broad scope of services at a cost-effective alternative to the traditional law firm model. Indeed, Simplex is able to provide tons of legal expertise, which include ethics, governance, crisis management, etc., at a fraction of traditional law firm fees.

Louis would love to hear from you