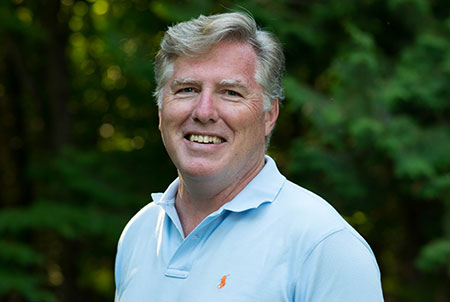 Gerard Power has always loved learning languages. It’s a good thing too, because life has offered him plenty of opportunities to take in lessons. Born in Germany, Gerard was raised in a military family who took him to Montreal, Ottawa, Gaza, Beirut and Paris. He later married an Italian. He works comfortably in English, French, Spanish and Italian.

“To understand a culture, you have to learn to speak the language,” Gerard says.

The adage applies equally to business. In giving advice, he says, it’s crucial that lawyers understand what’s at stake financially and explain the legal risks to the client in business terms. “External counsel often speak a language which is foreign to the business,” he says. “They speak as lawyers; they will use Latin maxims. They don’t tend to speak plain English because it’s easier for them to use shortcuts in legalese. But it doesn’t translate well to the business people.” Having spent much of his career managing international businesses, developing strategy and handling crisis communications, Gerard’s first priority in servicing a client is to learn everything about its business and operations. Only then, he says, can counsel devise legal solutions in a way that is cost effective and responsive to the business managers’ needs.

Always adaptable to a new business environment, Gerard brings a wide range of corporate and commercial experience to the table, with particular expertise in logistics, regulatory matters, governance, competition law, international dispute resolution and intellectual property. “Problem-solving is something that I really like doing,” says Gerard who in his free time is passionate about woodworking. “There’s problem-solving that goes on in woodworking. With clients it’s about looking for innovative solutions cooperatively. Something you’ll hear me say a lot is, ‘Have you tried this?’”

Drawing inspiration from his family, Gerard joined the Canadian Forces, and served in the Navy. He later decided to pursue law in French and English at the University of Ottawa. After being admitted to the Ontario bar, he completed his articles in a private law firm before being offered a position as counsel to the Chairman of the Board of Canada Post. In his spare time, he developed an advocacy training program for reserve JAG officers, before rising to become VP and General Counsel, and then later VP International at Canada Post. “I’ve always enjoyed teaching and helping people get to the same level of understanding,” he says. At the UN Gerard managed public sector reform projects. Since leaving Canada Post,

Having worked as a general counsel and also as a line of business leader, Simplex Legal allows me to offer legal services that meet the needs of businesses and of their legal departments. The value proposition to the in-house department includes flexibility, responsiveness and business relevant advice that does not require translation by the legal department for the internal client.

I also value working with the team that Martine and Geoff have assembled to meet the needs of Simplex’s clients.

What do you think clients would like most about working with you?

I have a keen interest in getting to know the client’s business so that I can provide the most relevant advice possible. Before starting to work with a customer, I believe that it is important to do as much research as possible to understand the environment in which the company is operating. This includes understanding the industry, the locations and the employees. I am adaptable to a wide range of cultures and have worked on five continents in a variety of languages.

Gerard would love to hear from you