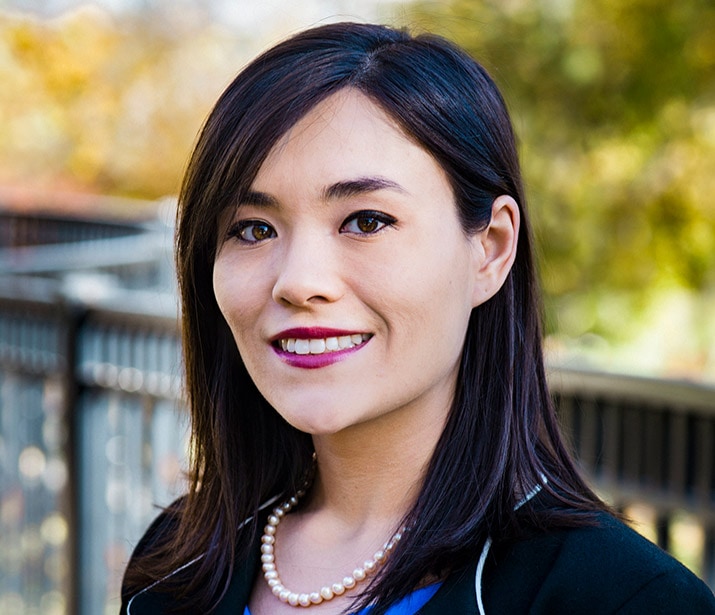 “I’ve always moved around,” says Emily Yeow about her love of travel and exploring the world. Born in Toronto, Emily spent her formative years in Edmonton, before heading to the United Kingdom to study law at the University of Edinburgh, where she completed an LL.B. and an LL.M. She has worked in Dubai for a real estate firm and in Singapore, where she interned for an international arbitration law firm. “I wanted to see what it was like working in a place where you’d hear people speak different languages,” she says. Emily returned to Canada to prepare and complete her National Committee on Accreditation (NCA) exams that will allow her to practise law in Canada. She has her eyes set on practicing banking and finance law. “I find market conduct interesting and so was always interested in financial markets and how they work,” says Emily. Her analytical spirit, interdisciplinary training, and her ability to synthesize competing trends coupled with her diversified experience have allowed Emily to be involved in every facet of her projects, from research and writing to preparing the groundwork for contract negotiations.

Raised in Edmonton, Emily moved to Edinburgh, in Scotland, for five years to study law. After completing her LL.M., Emily traveled to, and lived in Egypt for a few months, accomplishing her dream of climbing Mount Sinai and obtaining her open water divers’ license. Since then, Emily has been working as a researcher and Legal Analyst for Simplex Legal. She is currently preparing to write the New York (Uniform) Bar Exam and complete the licensing process in Canada and New York State.

Emily would love to hear from you